The Railroads of the Confederacy Add to wishlist

Originally published by UNC Press in 1952, The Railroads of the Confederacy tells the story of the first use of railroads on a major scale in a major war. Robert Black presents a complex and fascinating tale, with the railroads of the American South playing the part of tragic hero in the Civil War: at first vigorous though immature; then overloaded, driven unmercifully, starved for iron; and eventually worn out–struggling on to inevitable destruction in the wake of Sherman’s army, carrying the Confederacy down with them.

With maps of all the Confederate railroads and contemporary photographs and facsimiles of such documents as railroad tickets, timetables, and soldiers’ passes, the book will captivate railroad enthusiasts as well as readers interested in the Civil War. 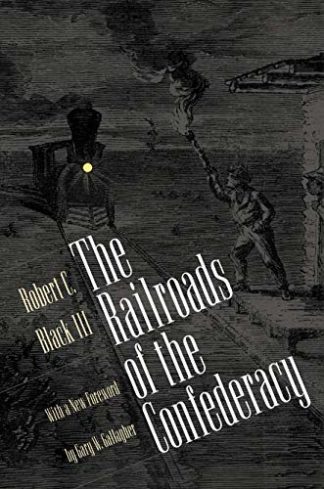