A History of Georgia Railroads Add to wishlist

Before the start of the Civil War, Georgia had ten railroads, five of which figured significantly in General William T. Sherman s Atlanta Campaign and March to the Sea. The number of rail lines in the state ballooned after the war. Many were founded by individual entrepreneurs like Henry Plant and Thomas Clyde, while the biggest railroad of them all (Southern Railway) was created out of whole cloth by New York financier J.P. Morgan. At the close of the nineteenth century, consolidation was already in process, and by the end of the next century, only three significant railroads remained in Georgia. Author and historian Robert C. Jones examines Georgia s rail history over the past two centuries and today.” 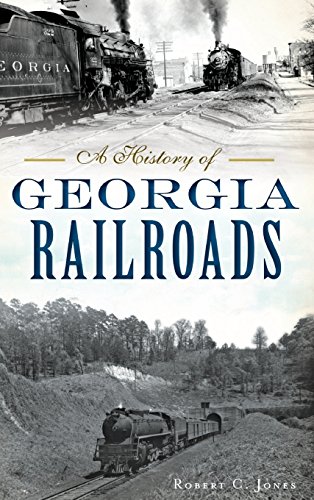 You're viewing: A History of Georgia Railroads $23.99
Buy product
Someone in purchased