All Aboard!: A History of Florida’s Railroads Add to wishlist

Florida’s size and shape meant a largely remote interior until shortly before the Civil War. The catalysts for blasting through that anonymity built railroads linking east to west and north to south: Their iron horses transported people—rich Northern tourists, rural settlers, slaves, and hired hands—and goods from around the state and the globe. Versions of the main lines run today, hauling freight in and out of the state and carrying passengers to connecting lines nationwide. Author Stephanie Murphy-Lupo captures the state’s vast history––telling the tale of its beginnings as well as its future.

Be the first to review “All Aboard!: A History of Florida’s Railroads” Cancel reply 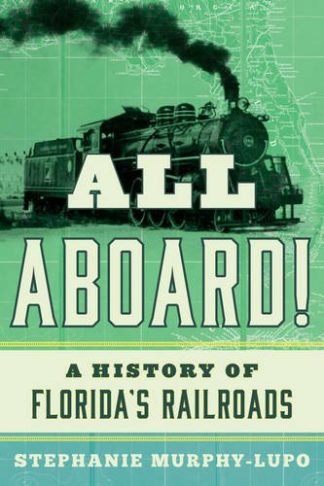 You're viewing: All Aboard!: A History of Florida’s Railroads $15.52
Buy product
Someone in purchased