Best of the Midwest Vol 2 – Pentrex [DVD] Add to wishlist

Pentrex takes you to South Dakota, Nebraska, Minnesota, Iowa, Illinois, and Wisconsin for more of the best in Midwestern railroading! We visit several shortlines including the Minnesota Central, Dakota Southern, and Nebkota. Pentrex captured Nebkota’s beautiful A-B-A set of F-units just days before it was sold to Canadian Pacific for use on executive trains. From jointed rail to ribbon rail, the Midwest offers a great variety of shortline and mainline action. It’s all here for you in The Best of the Midwest Volume II!

Class I railroads create an abundance of action in the Midwest. Union Pacific is one of the busiest on its ex-Chicago & North Western mainline through Iowa. Burlington Northern Santa Fe is not far behind on its transcontinental mainline between Chicago and the Pacific Northwest. Canadian Pacific makes an appearance on its former Soo Line trackage with a variety of power from “Red Barn” SD40-2Fs to newly delivered AC4400s. 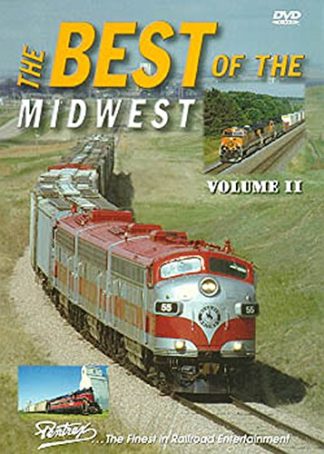 You're viewing: Best of the Midwest Vol 2 – Pentrex [DVD] $27.76
Buy product
Someone in purchased