A sweeping narrative history, Forging America chronicles the rise and fall of Bethlehem Steel, beginning with the 19th century Welsh ironmaker who kindled a fire in anthracite-rich eastern Pennsylvania and ending with the second largest U.S. steelmaker’s collapse in 2003. Bethlehem Steel was a powerful manifestation of American capitalism. The industrial titan built the Golden Gate Bridge and much of the New York City skyline and stood at the center of defense efforts through two world wars. Along the way, Bethlehem Steel became intertwined with the lives of icons Andrew Carnegie, J.P. Morgan and Babe Ruth. More than the story of a grand enterprise, Forging America is about its captains and the people who poured their lives and souls into the gritty, dangerous business of making steel.

Be the first to review “Forging America” Cancel reply 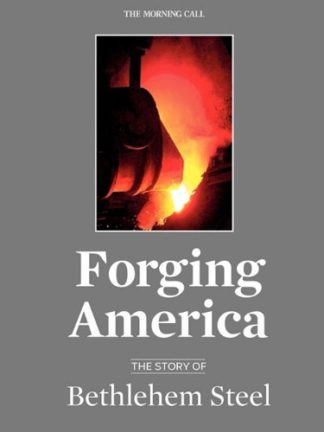 You're viewing: Forging America
Buy product
Someone in purchased