Great Railway Journeys: London to Sheffield features a series of fascinating sites that can be seen from the window of a train travelling to Sheffield from St Pancras Station in London. Some, like Wembley Stadium and St Albans Cathedral, will be familiar. Others will probably come as a delightful surprise, like St Katherine’s Church in Irchester – the spire of which was erected not long after King John sealed Magna Carta at Runnymede.Among the gems in these pages are the two giant Cardington Hangars, where the ill-fated R101 airship was built. The train passes through what a religious community once believed was the actual site of the biblical Garden of Eden, and the story of this community and its beliefs is told. Also included is the story of the events leading to the burning down of Luton town hall in a riot on Peace Day in 1919. Whether or not you make the journey you will discover much that is interesting and enjoyable. 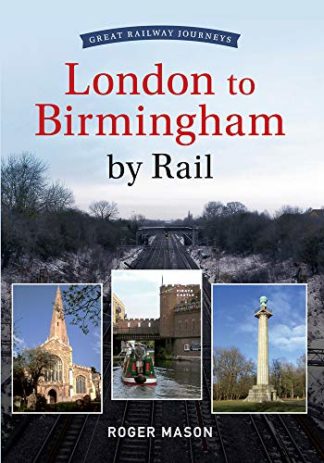 You're viewing: Great Railway Journeys – London to Birmingham by Rail $17.12
Buy product
Someone in purchased