Steam locomotives were developed in the early part of the 19th Century, initially by Trevithick, and then most successfully by George Stephenson, whose engine Locomotion inaugurated the famous Stockton and Darlington Railway in 1825. For the next 150 years, steam locomotives were further developed and refined, until the advent of new electrical technology superseded them. Although British Railways operated its last main-line steam locomotives in 1968, there is still immense interest in the large numbers of locomotives that have been privately preserved, and which run on heritage railways and in various parts of the world. This book describes the anatomy and physiology of the steam train, to enable all train enthusiasts to understand the workings of the various types of engines in use. It covers the design of the engine, the process of converting fuel into mechanical tractive effort to haul passenger and freight trains, and the function and design of the various components of the engine. The authors also outline the reasons behind the safe and efficient operation and maintenance of steam locomotives. Although the steam locomotive originated in the UK, there were parallel lines of development in North America and in various other European countries, many of which introduced their own individual features. These are dealt with in the book, which will appeal to railway enthusiasts throughout the world. 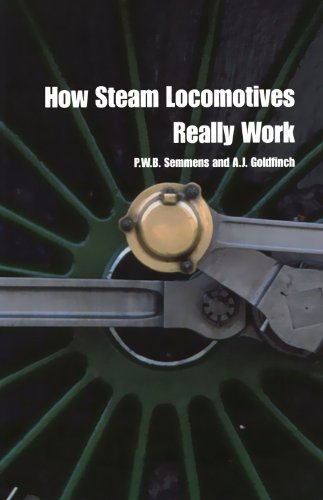