Though his name is not recognized by more than a handful of Americans, he revolutionized the way large armies and equipment were moved in wartime. He offered to work without rank or pay but eventually accepted a commission…with conditions as told in this book. The fascinating story of how the largest army in history to that date was almost miraculously moved from place to place during the American Civil War is revealed in this volume by General Herman Haupt. He was also key to understanding how the Confederate armies moved and warned General Meade of the impending approach to Gettysburg by Robert E. Lee. Of special interest is Haupt’s assessments of the generals and men he worked with during the war, including Lincoln, Grant, Meade, Hooker, Burnside, and more. A successful businessman before and after the war, General Haupt was still working at age 85, when this book was first published. Every memoir of the American Civil War provides us with another view of the catastrophe that changed the country forever.

Be the first to review “Moving the Union Army (Abridged, Annotated)” Cancel reply 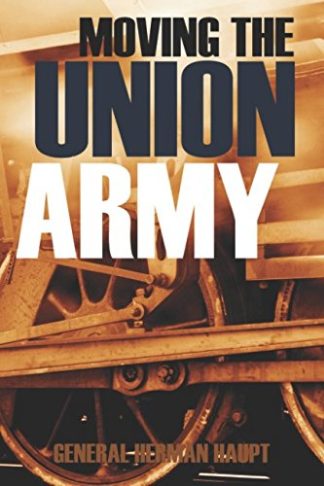 You're viewing: Moving the Union Army (Abridged, Annotated) $12.95
Buy product
Someone in purchased