Establishing its collection as the Age of Steam exhibit at Dallas’s Fair Park in 1963, the Museum of the American Railroad would go on to acquire over 45 locomotives and railcars. By 2006, the museum needed to move from its first home to a larger facility to allow more space to exhibit the collection of railcars, documents, and other artifacts. One of the keystone pieces is the GG-1 electric locomotive that pulled Robert Kennedy’s funeral train in 1968. It has been restored to its original Pennsylvania Railroad appearance. The museum also houses the Centennial–the world’s largest diesel-electric locomotive–as well as the rare and famous Santa Fe Alco PA-1 locomotive, acquired from the Smithsonian Institution. 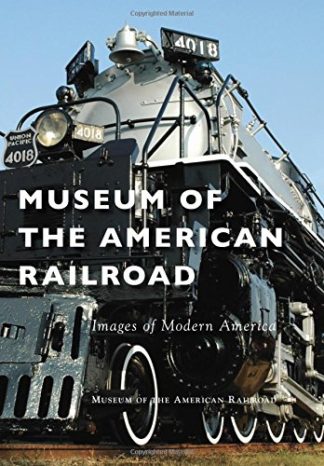 You're viewing: Museum of the American Railroad (Images of Modern America) $14.05
Buy product
Someone in purchased