Here is a priceless collection of vintage films that highlight the mighty New York Central Railroad. These three videos were selected for their intriguing mix of motive power, variety of trains, historic scope, and exciting display of rare images. Included are:

Within the Oval, the NYC System This PR film was made by the NYC in the early 1950s to demonstrate the railroad’s involvement in the nation’s economy. Featured are day-to-day operations with Pacemaker freights, passenger trains, first generation diesels and electrics, as well as Hudson, Mohawk, and Niagara type steam locomotives. At the time this film was made, the NYC ran over 26,000 miles of track, and was a major force among America’s railroads. Color.

The 20th Century Limited on TV In 1955, the TV series “Omnibus” sent host Alistair Cooke, Trains Magazine Editor David P. Morgan, and a team of cameramen to Grand Central Station for a live broadcast about NYC’s most famous train. At track 25, Morgan explains the train’s consist, introduces the crew, and interviews the engineer and fireman as we wait for the Century to depart. At Tower A there is a demonstration of the control board and then see the dispatcher’s office. Then we’re inside the cab of the moving train for a brief chat with the engineer. It’s a piece of railroading history you’ll want to watch over and over again! B&W. 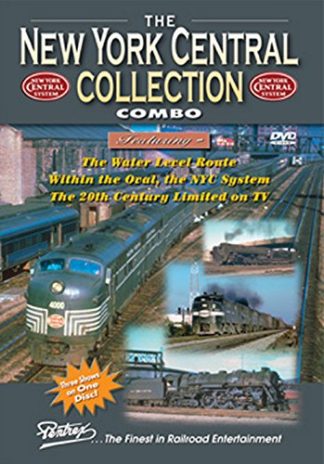