Nunley’s Amusement Park in Baldwin, New York, was a beloved family destination for Long Islanders from 1939 until it closed in 1995. The park’s most notable attraction was its famed Stein & Goldstein carousel. The Nunley family established numerous amusement parks in the Long Island area, such as those found in Bethpage, Rockaway Beach, and Broad Channel. Nunley’s Amusement Park, which was in operation for over 50 years, has a special place in the memories of multiple generations of Long Islanders. After the park closed, the rides and games were sold at auction. In protest, Long Islanders banded together to prevent the carousel from being disassembled and sold off separately. Recognizing the passion residents held for the park, Nassau County stepped in and purchased the beloved carousel, and an elaborate campaign was established for its restoration. The year 2012 marked the 100th anniversary of the famous Nunley’s Carousel, which is currently in operation at Museum Row in Garden City, New York. 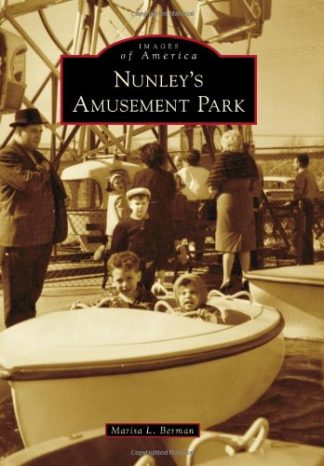 You're viewing: Nunley’s Amusement Park (Images of America) $17.58
Buy product
Someone in purchased