This program contains two vintage 16mm films produced by the Pennsylvania Railroad and one which was produced by The Association of American Railroads. The first film On to Washington (black and white with sound) was produced to promote tourist travel to Washington, D.C via the P.R.R. The second film (color with sound) was the last movie produced by the P.R.R. and explains their business plan for the future and the reason for the proposed merger with the New York Central. The last film (color with sound) explains the future of American Railroads and the roll they will play in relation to the growth of our Nation. Except where noted in the description, all video footage was shot by and is exclusive to Railroad Video Productions. Thousands of hours have been invested in filming and editing to bring you these high quality videos. Our Cab Ride videos are second to none. Many of these engines and railroads are gone forever. Railroad enthusiasts have enjoyed our videos for many years. 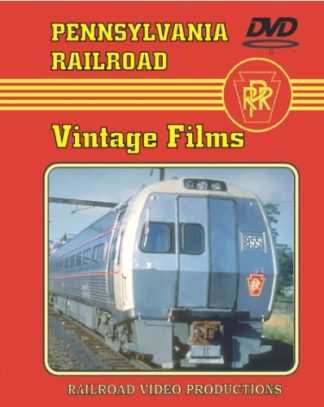