New York’s railroads were born of the cutthroat conflict of rate wars, bloody strikes and even federal graft. The railroad wars began as soon as the first line was chartered between Albany and Schenectady when supporters of the Erie Canal tried to block the new technology that would render their waterway obsolete. After the first primitive railroads overcame that hurdle, they began battling with one another in a series of rate wars to gain market share. Attracted by the success of the rails, the most powerful and cunning capitalists in the country–Cornelius Vanderbilt, Jay Gould, Daniel Drew and other robber barons–joined the fray. Timothy Starr’s account of New York’s railroad wars steams through the nineteenth century with stories of rate pools, labor strikes, stock corners, legislative bribery and treasury plundering the likes of which the world had never seen. 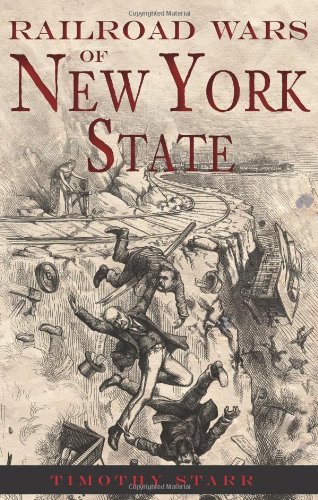 You're viewing: Railroad Wars of New York State $19.99
Buy product
Someone in purchased