The Cumbres & Toltec Scenic Railroad has operated for more than three decades as a tourist ride over the breathtaking Cumbres Pass, ten thousand feet above sea level in the Rocky Mountains. The sixty-four miles of the former San Juan Extension of the Denver & Rio Grande Western Railway were saved twice by volunteers from the railroad graveyard. In 1970, the States of Colorado and New Mexico bought the railroad, which runs from Chama, Rio Arriba County, New Mexico, to Antonito, Conejos County, Colorado. New Mexico historian and C&TSRR commissioner and spokesman Spencer Wilson offers an insider’s account of this triumphant tale of historical preservationists succeeding on an impressive scale. 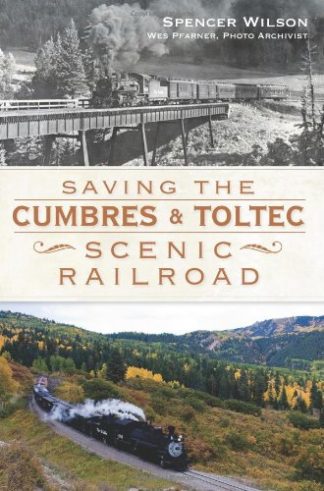 You're viewing: Saving the Cumbres & Toltec Scenic Railroad $16.99
Buy product
Someone in purchased