World War I was the first worldwide conflict of its kind, requiring mass mobilizations at unrivaled levels. Tasked to move troops, equipment, ammunition, and supplies around the clock, American railroads were pushed to the precipice of failure. Despite the difficulties, American railroads and railroaders had a profound impact on the war effort. This book is the story of the unpreparedness of the railroads for an unprecedented war, the 1918 government takeover to ensure safety and peak operating efficiency, and the subsequent relinquishment of the railroads with the groundbreaking Transportation Act of 1920. Daniels discusses the operational details of United States rail shipments both at home and abroad, and how these operations interplayed and overlapped with military operations in France and Russia. Experience the unsung war of the twentieth century – The Great Railroad War.

Be the first to review “The Great Railroad War: United States Railway Operations During World War I” Cancel reply 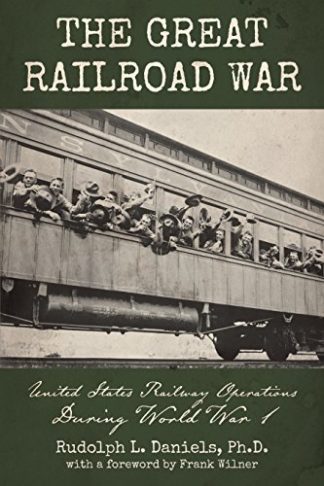 You're viewing: The Great Railroad War: United States Railway Operations During World War I $24.95
Buy product
Someone in purchased