In 1871, a tiny nation, just four years old — it’s population well below the 4 million mark — determined that it would build the world’s longest railroad across empty country, much of it unexplored. This decision — bold to the point of recklessness — was to change the lives of every man, woman and child in Canada and alter the shape of the nation.

Using primary sources — diaries, letters, unpublished manuscripts, public documents and newspapers — Pierre Berton has reconstructed the incredible decade of the 1870s, when Canadians of every stripe — contractors, politicians, financiers, surveyors, workingmen, journalists and entrepreneurs — fought for the railway, or against it.

The National Dream is above all else the story of people. It is the story of George McMullen, the brash young promoter who tried to blackmail the Prime Minister; of Marcus Smith, the crusty surveyor, so suspicious of authority he thought the Governor General was speculating in railway lands; of Sanford Fleming, the great engineer who invented Standard Time but who couldn’t make up his mind about the best route for the railway. All these figures, and dozens more, including the political leaders of the era, come to life with all their human ambitions and failings. 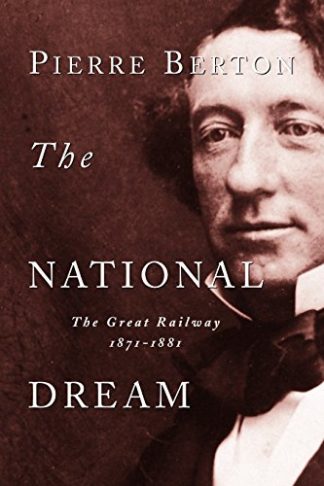