Locomotives from “new” Santa Fe Warbonnets to time-worn North Western Geeps add special interest to the action seen here. Special treats are the Burlington Northern E-Units and a Belt Railway of Chicago Alco C-424. High-speed railroading rounds out the excitement as we watch Amtrak passenger trains dash to meet their schedules and Santa Fe pig trains speeding toward their destinations. You can expect the unexpected in this 1991 tour of railroading – Chicago style. 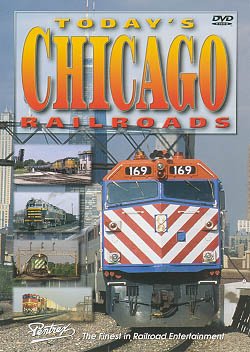