Union Pacific and Omaha Union Station tells of the development of all Union Pacific Railroad stations in the history of Omaha, Nebraska. Between 1866 and 1971, a succession of different station buildings reflected Omaha’s growing importance as the nation’s fourth-largest railroad center. Special detail is given to the peak years of rail passenger traffic through Omaha, which culminated in the construction of America’s first Art Deco railroad terminal: the 1931 Omaha Union Station. Once served by seven railroads, Omaha Union Station is a story of the rise and fall of an architectural tribute to railroad majesty, and of its rebirth as today’s Durham Western Heritage Museum. 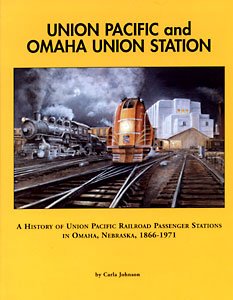 You're viewing: Union Pacific and Omaha Union Station $14.95
Buy product
Someone in purchased