Recognizing the profit potential, East Coast financial interests, as well as powerful Portland and Puget Sound players battled for economic supremacy on the Palouse. Initially as partners and later as opponents, the Oregon Railway & Navigation Co., Union Pacific, and Northern Pacific Railroad laid rail, invested capital, speculated, and built a remarkable infrastructure that included the Columbia and Palouse Railroad and the competing Spokane & Palouse Railway. Their intense rivalry played a critical role in eastern Washington and northwest Idaho’s agricultural and population growth. Based on internal railroad correspondence and documents, and contemporary publications and newspapers, “Wheat Country Railroad” offers the most comprehensive and detailed study ever compiled of the area’s late 19th and early 20th century railroading, presenting a unique reference work on railroads in the West and nation during the Gilded Age and beyond. 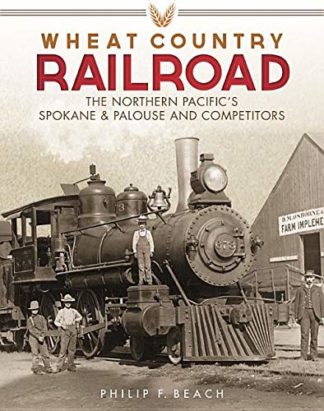