“Women of the Rails”

This is a collection of fun old vintage (Turn of the Century) Railroad films, where women were the heroes in the stories. Great short stories from the past. Also, There is a very rare unknown film called “The Runaway Special” that is a lost piece of film history. We hope you’ll enjoy!

1st Film; “Lonedale Operator”. A 1911 short American film directed by D.W. Griffith and written by Mack Sennett. This is a narrated version. 10:54

5th Film; “Southern Exposure “. 1928 film. Connie Chase receives a letter from Chase County, Kentucky, informing her that her lawyer husband, Jimmie, is a descendant of the Blue Grass State Chases. 21:27

We are a small American family business, mostly father & son that collects old films. Our goal is to save old films from the trash heap and digitize them in HD for future generations. Although we are not Hollywood, we think that you’ll like these old historic films too. 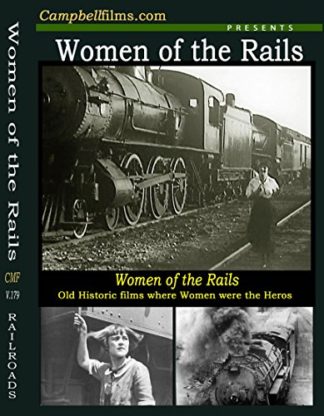 You're viewing: Women of the Rails-Old Vintage films where Women were the Heroes $17.98
Buy product
Someone in purchased